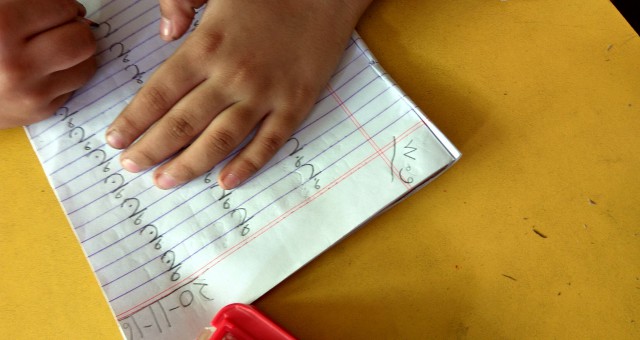 Alhamdulillah. Peace and blessings be upon the beloved prophet Muhammad SW who was sent by Allaah SWT to set the standard of Deen and to teach us the same. He lived it at and left ample examples for us to take learnings from. Raising the children with and in Deen, is a major aspect of our lives which must be taken from the Salaaf (early generations). I understand that the surroundings have changed a lot and we need to face a challenging world (towards Muslim). But, this does not mean that the principle of raising children from the Salaaf are not applicable now. In fact, when we start thinking like this, that becomes the first step of leaving the Manhaz (Methodology) of the Salaaf. To think that some of the ways of Salaaf are no good in this time, is a major U-turn we often take. The deviation starts right there and we end up being that Muslim who will help the Kuffar to achieve their goals. (Try this material from Sheikh Bin Baaz RH on Ideological attack)

It has been a disturbing talking point for quite some time now that guardians are expressing their dissatisfaction (too often) to Islamic School authority about the progress of their children’s educational development. The complaint is generally like this – “We have an expectation that our son/daughter will speak and write fluently in English and Arabic, he/ she will understand classic Arabic including Qur’an, he/ she will memorize the Quran and last but not the least, he/ she will be adept in public speaking.” This might vary from case to case, but there are at least three requirements from above, which are common; i.e. fluent public speaking in English, Hifzul Quran and ability of conversation in Arabic. Interestingly, I haven’t seen any guardian yet to be interested in Arabic public speaking. The impracticality of this very idea of turning our youngsters into an ambidextrous Super Muslim, stumbles on the fact that the target scenario neither existed in past in early generations; nor at present. Let’s check in the past. If you could see the reign of Omar RA, he appointed Ubayy ibn Ka’b and Tameem al-Daari in leading Taraweeh prayers. You will not see both of these names too often in the book of fiqh as you would see names like Abdullah ibn Masud, Abdullah ibn Umar, Abdullah ibn Abbas RA on that discipline. Likewise, the leader at the warfront was Abu Ubaida ibnul Zarrah RA. Even during the days of the battle of siffin, you would see both Ali RA and Muawiyah RA appointed two separate persons for leading the war and for discussion with counterpart respectively. There were exceptions and there are exceptions at present as well. But, you will never see a dayee/ public speaker to claim that he is also an alem of highest status; neither do they claim to be the best qari.

The point I am trying to make is that we are losing the battle when we are trying to shove all these things to our children; thinking that we will lose the race to our secular friends and relatives. I understand that people try to make you feel that you have ruined your and your children’s future by adopting this way of life. However, we fall into the very trap they want us to fall. We must remember that the definition of acceptability would differ across the two worlds; i.e. Muslim and Secular. Just for an example, the definition of a successful woman is 180 degrees apart in Muslim and Secular world. If we are thinking that our daughters will take noble prizes with Hijaab, then we are living in a world of fools that the kuffar make fun of. Muslim woman would contribute to the society without compromising her role of mother, wife, daughter etc. But, it can never match the way the Kuffar gauge the success of a woman. It might be that acceptability we are looking for (may be unconsciously), which made us force our adolescent daughters to learn Public speaking.

So, it’s an illusion that we are running for. Complaining every other day about children’s progress in education will not result in any good outcome. It just leaves children with an inferiority complex that his/ her parents want him/ her to be like those of their secular relatives and he cannot match that expectation.  On top of that, I do not know why we emphasize so much on public speaking or language fluency.  The people whom you see around delivering lectures were never taught of this skill.  Take 5 best people you see around who are good in communication and it is very much possible (I am quite certain about this) that all of have gained this during or after their graduation. A fun fact is that you will never see a good public speaker to earn that skill via training (From sheikh Mujib to Major zia, name anyone at any corner of the world). Believe me, if you are only afraid of Allaah and not giving a public speech or making communication to please anyone, Allaah will pour confidence in your approach. If you believe that Rizk comes from Allaah, you do not hesitate in the interview as well. Of course, I consider that we are not contemplating on building another generation of corporate workers. So, why are we so keen on speaking English? Again, I am not against learning English as a language. But, to expect that your son or daughter would fluently speak English, Arabic and would be a Hafiz by the time they reach their adolescence, is a mere mental bankruptcy. Try to inject the believe into your children that Allaah will make them victorious and would ensure respect from all corners; if they cling to Deen and fix their basics in education. You give a nurturing environment to your children by telling them to write their experience of a family visit at times, allow them to listen to good lectures- you would see they will be communicating well insha’Allaah. Woman are natural socializer in their circle. So, please do not shove public speaking training on your womenfolk. It is like destroying their shame of speaking in front of non mahram.

And last but not the least, be a part of the Islamic school; do not be that nagging guardian who always asks for improvement just for the sake of keeping the school authority on the edge. Do not fix the target of making your son and daughter Super Muslim. Think of making them good enough Muslims so that they make it to Jannah. Do not expect that your secular relatives and friends would be happy and appreciating your every move (But keep them calling). Do not compromise your Deen to call them to Islam. Help your children by making them understand the difference between the two worlds. Help them to be confident in case someone tries to demean them for their Islam. Otherwise, they will feel embarrassed and try to change their way of life to be compatible with others around. May Allaah help us to understand and live the famous hadith of strangers.

This hadeeth was narrated by Muslim (145) from Abu Hurayrah (may Allah be pleased with him) who said: The Messenger of Allah (peace and blessings of Allah be upon him) said: “Islam began as something strange and will revert to being strange as it began, so give glad tidings to the strangers.”

And also remember the incident of umar RA. We must not seek honor from anyone other than Allaah by seeking approval from Secular society.

Tariq ibn Shihab reported: Umar ibn Al-Khattab, may Allah be pleased with him, left on a journey to Syria and with him was Abu Ubaida. They came upon a creek, so Umar dismounted from his camel, took off his sandals and placed them over his shoulder, and then led the camel over the creek. Abu Ubaida said, “O commander of the faithful, are you doing this? You have taken off your sandals and placed them on your back and you led the camel through the creek yourself. I do not think it will be easy for me to get the people of this country to honor you.” Umar said, “If only someone else had said this, O Abu Ubaida! I have made this a deterrent for the nation of Muhammad, peace and blessings be upon him. Verily, we were a disgraceful people and Allah honored us with Islam, so if we seek honor from other than Islam, then Allah will humiliate us.”

Source: Al-Mustadrak ‘ala as-Saheehain 214: Sahih according to Al-Albani